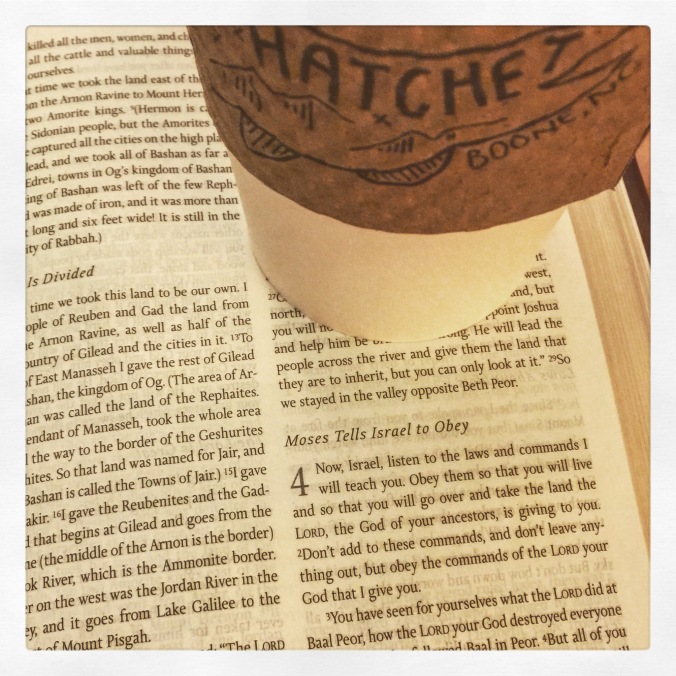 I majored in communcation studies at Appalachian State and that made my love for vocabulary grow so much stronger.  And as I’ve gone through bouts of unemployment and worked various jobs which had nothing to do with my major, I’ve found myself thinking that I wasted time (and somehow, like I had managed to disappointment my diploma.  You know…that piece of paper).

But over the past few months, I have been noticing a super power I have.  I’ve wanted to write about this a couple of times, but couldn’t figure out how to do it gracefully.  But God opened my eyes to it today and it’s time to write.

This super power is the ability to hear things.  I’ve been hearing things that people say and coming away changed.  It has nothing to do with the person speaking, so far, the statements have been ones I’ve heard hundreds of time.  Dang…I’ve even said most of them myself!  That’s why I can write about them, because they are things we all say that damage our relationships with one another and our relationships with our beautiful God.

So, let’s dive into the first one.

“I wish I had enough time to have a daily quiet time with God…but with Netflix I barely have any time at all.”

I’m addicted to “F•R•I•E•N•D•S”.  Wow.  It feels good to get that off my chest.  I’m talking, own all the seasons, have watched it all the way through at least four times, watched it all the way through backwards once, and will happily sit down and watch at least four episodes every day.  (Quick reference point, episodes are thirty minutes, so I’m easily spending two hours…and probably more.)

On the absolute most basic level, this statement is saying that you would spend time with the God who died for you if the new season of “Fuller House” hadn’t just dropped.  This statement declares, “Hi, I have no self-control…and honestly no desire to get to know the God who numbered the hairs on my head.”  That’s the most basic pitifulness of this statement.

But lets think about the popular shows of our day (don’t want to write this.  Going to anyway.)…”I’d read the Holy Words of God, but I’m really into ‘The Walking Dead’ right now.”  Whoa.  Zombies, death, crossbows, bloody gruesome murders…outweigh the bloody gruesome death of Christ?  “I’m sorry I missed small group last night, but it was GOT season premiere.”  (“Game of Thrones” for those of you truly living under a rock.)  Wait, did you not know that the only thing that has more incest, intercourse, and action than “Game of Thrones”…is the Bible?  It’s just true.

Now, I was reading about the importance of rest today, and the fact of the matter is, things that allow you to release and rest and rejoice in daily living, those things are good.  I’m going to keep watching “The One Where Ross Got Married, Phoebe Sang a Song, Joey Met a Girl, Rachel Went to a Party, and Chandler Wore a Sweater Vest”.  I am.  May go do it right after I finish this.  But I’m going to make sure, on this day, that the time I’ve spent with God is greater than the time I’ve spent watching TV.  And tomorrow, I’m going to do it again.  And sometimes, I’m going to fail…but the next day I’m starting over.

The first step to take is super simple.  Five minutes.  Take five minutes out of the time you want to devote to yourself and give it back to the One who gave His life for you.  For me.  For all of us.

“All Scripture is breathed out by God and profitable for teaching, for reproof, for correction, and for training in righteousness, that the man of God may be competent, equipped for every good work.”
2 Tim. 3:16-17

God wants me to be competent and equipped.  And “The Act” isn’t going to help me with that.  The word of God has words for me.  And I love words.