Some of you will already know this, but for the rest of you, let me share a little something that has been going on in my life this past week. I went on a trip to Black Mountain, NC and went to a conference at the Ridgecrest conference center. Ridgecrest is a Lifeway location. (Yes, as in Lifeway Christian Stores). I was attending the Blue Ridge Mountain Christian Writers Conference. All week I heard published and well known authors in the Christian fiction and nonfiction world speak and teach on the life of a Christian writer. It was so fantastic! I learned so much and can’t wait to get started using this information in the calling God has placed on my heart. If only I could think of an example.

EXCITING NEWS!!! Due to the inspiration and education I gained through my conference last week, I am getting ready to do a new thing on social media! Starting Monday June 4th, I will be doing a series of live video devotions through Instagram and Facebook and possibly Twitter! I’ll share more this week as I decide what this is going to look like. But this is your heads up so you can go ahead and start finding me on social media if you haven’t already.

Lastly, I want to speak about the man himself for a moment. Mister Clive Staples. I have been reading a book of letters he composed to various people. It’s been a bit laborious (as his books usually are)–I started it in early July of last year–but this writing conference, and specifically David Teems, have transformed his book into a light gust of refreshing oxygen. Reading some of his more personal and intimate thoughts toward God and life in general have been eye opening. But as the end of this particular word to the wise post, I would like to leave you with a quote from a letter he wrote. This particular letter was written in December of 1941. Actually, it was written the day after the Japanese attack on Pearl Harbor. The whole world had just very literally gone to war. He was speaking to a woman he had taught in some form or capacity. He had this to say about the church.

“If the Church is Christ’s body — the thing He works through — then the more worried one is about the people outside, the more reason to get inside oneself, where one can help — you are giving Him, as it were, a new finger.”

In a time of international crisis he penned these words and they hold true these 77 years since. May we remember his words, and when life seems most hopeless, instead of creating further fractures…may we craft new fingers.

One thought on “WORD TO THE WISE: Writing, Devotionals, and C.S. Lewis” 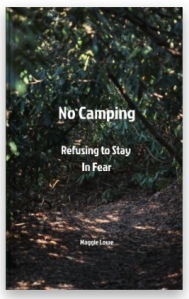